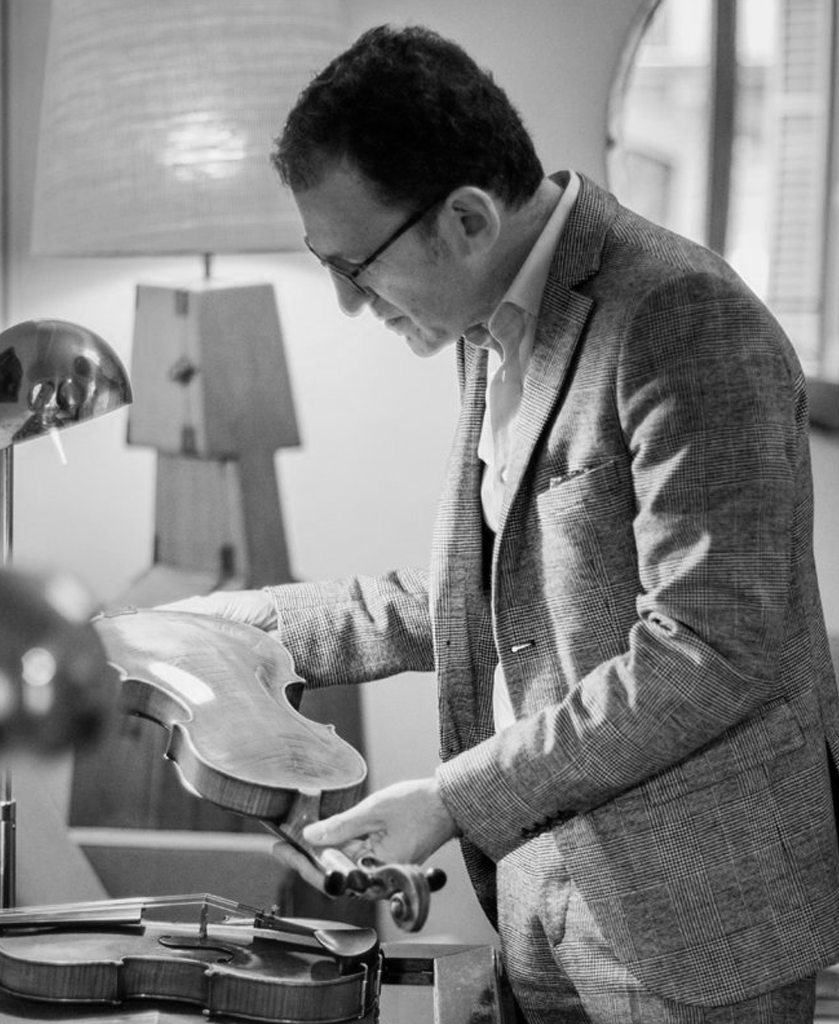 Christophe Destannes was born in 1965 in Aurillac, France. At the age of 9, he started his music studies at the Conservatory of Aurillac, and between the years 1980 and 1983 continued his training at the National School of Lutherie in Mirecourt, considered the cradle of violin making in France.

In 1983 he obtained the great award of training in art crafts.

Also, from 1983 to 1991, he was the assistant and lutherie workshop supervisor at Charles-luc Hommel’s workshop luthier in Marseille. Furthermore, since 1988 he is a member of the GLAAF, Groupe des Luthiers et Archetiers d’Art de France (Association of Luthiers and Bow Makers of France).

In 1991 Christophe Destannes Luthier opened his workshop in Aurillac and in 2000 became associate with the Société Arezzo Luthierie-Archeterie de Toulouse.

Two years later, in 2002, he obtained the certificate of expert in instruments for quartet, in the Cour d’Appel de Riom.

Destannes has taken governmental missions promoted by the French state, collaborating with other countries, in the inventory of instrumental deposits of orchestras and conservatories.  He has also carried out some research and appraisal projects for national museums and private collections.

He currently buys and sells instruments for string quartets, and he also carries out some instrument restauration, authentification and appraisal projects.

Since 2014 Destannes has occasionally collaborated with Roca Luthiers as an expert luhier in the specialty of valuation, issuance of certificates of authenticity and expertise.