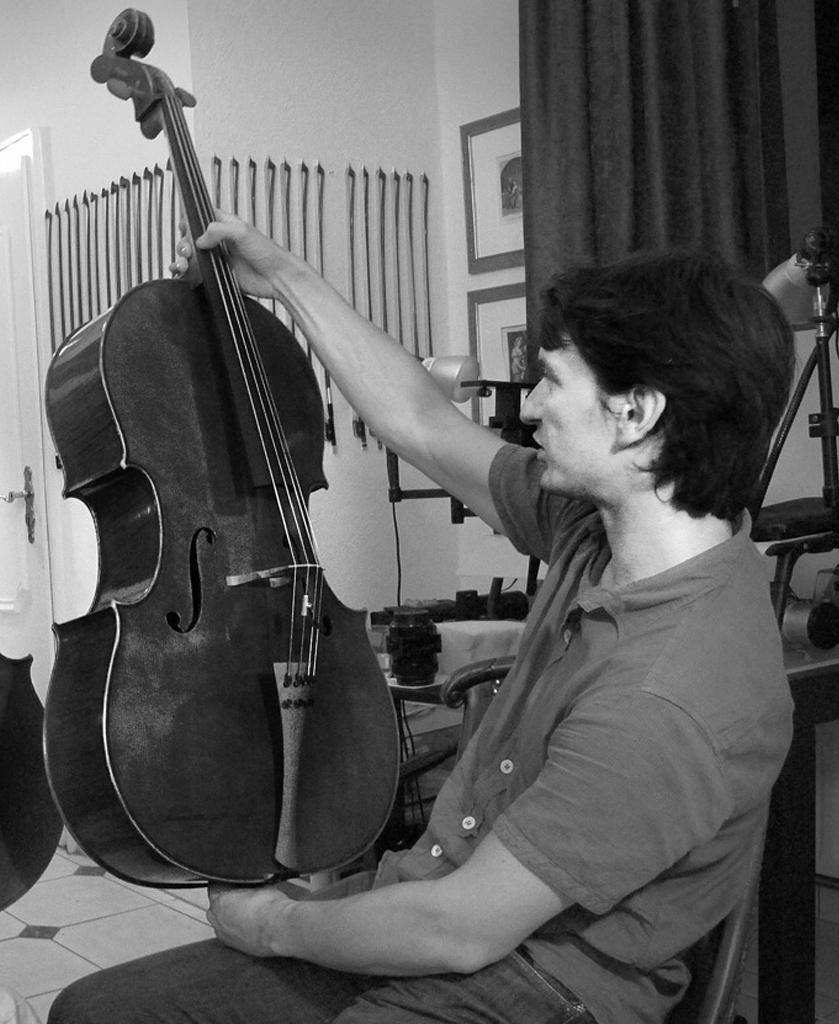 In 1988 he took part in the special program about Classical guitar “L’École des fans” presented by Jacques Martin with Pedro Ibáñez as special guest. The same year he won the first prize in the International Competition of classical guitar of Romans (Isere).

He attended the French National Violin Making School in Mirecourt, from 1993 to 1996: Final Diploma.

He also attended the English Violin Making School in Newark, from 1996 to 1998: Diploma with mention “higher merit”.

Assistant to Charles Luc Hommel in Marseille, France, from 1998 to 2000 (mainly restoration projects in one of the oldest workshops in France).

Assistant to Frédéric Chaudière in Montpellier, France, from 2000 to 2002 (making).

He established his own workshop in Montpellier in 2001, making instruments for quartets. He move is workshop in 2016 to Villeneuvette an ancient Royal factory of the 17th century, 40 km from Montpellier. Is activity is based on the making of violins, violas and cellos.

2004 — Gold medals for viola and quartet; silver medal for cello in the VSA Competition in 2004, Portland, USA.

2006 — Silver medal for cello, certificate of achievement for viola and quartet in the “Violin Society of America” competition in 2006, Baltimore, USA.

2008 — Silver medal for quartet, certificate of achievement for cello in the “Violin Society of America” competition in 2008, Portland, USA.

2010 — Silver medal for cello, certificate of achievement for quartet in the “Violin Society of America” competition in 2010, Cleveland, USA.