After 40 years of experience, Xavier Vidal i Roca’s professional career is endorsed and recognised by renowned professional musicians, cultural institutions, public organizations, luthiers, bow makers, and customers who Master luthier Xavier collaborates with and to whom he offers different services.

In 2014, he creates a luthier space in an iconic modernist building that allows him to work and receive musicians in a creative and artistic environment; it is also a space where to communicate with the musicians in order to offer them excellent lutherie services

From 2018 to 2021 Luthier Xavier Vidal i Roca was also present in Madrid with a workshop-store in the Barrio de las Letras.

He is founding member of AEML (Asociación Española de Maestros Luthiers), later known as ALAEP (Asociación Española de Luthiers y Arqueros Profesionales), where he was president from 2000 to 2003. In 2003 he founded the GLAE (Gremio de Luthiers y Arqueros de España), becoming its president from 2003 to 2007. In 2004 the Comissió d’Artesania de Catalunya (Catalan Craftsmanship Commission) – Generalitat de Catalunya – Departament de Comerç, Turisme i Consum awards him the Diploma of Master Craftsman as Luthier.

In 2005 the Barcelona City Council awards Luthier Vidal the prize as Best Store in Barcelona of 2004, for being and international reference point in the city and in its specialised field: the making, restoring and selling of string instruments.

He has given lectures in different well-regarded music education centres; he has collaborated with several media, as well as with cultural institutions and public organisations. He has also played a prominent role in teaching and promoting the craft, as well as mentoring or helping luthiers complete their training, and collaborating with national and international lutherie schools.

He was born in Barcelona in 1976, and since the beginning Eduard Bosque showed interest in lutherie. In 1996 he joined Xavier Vidal i Roca’s workshop lutherie in Barcelona, learning the manufacturing and restoration techniques.

Since 2013 he is founding member of the GLAE (Gremio de Luthiers y Arqueteros de España).

In 2008 he continued with his training attending the François Peregó’s Varnishing Course in Cordes-Sur-Ciel, France

In 2018 he took part in the Restoration Course “Patch through the body” organized by the GLAE.

He is currently Xavier Vidal’s assistant and he combines the manufacturing of instruments with restoration and assembly tasks. 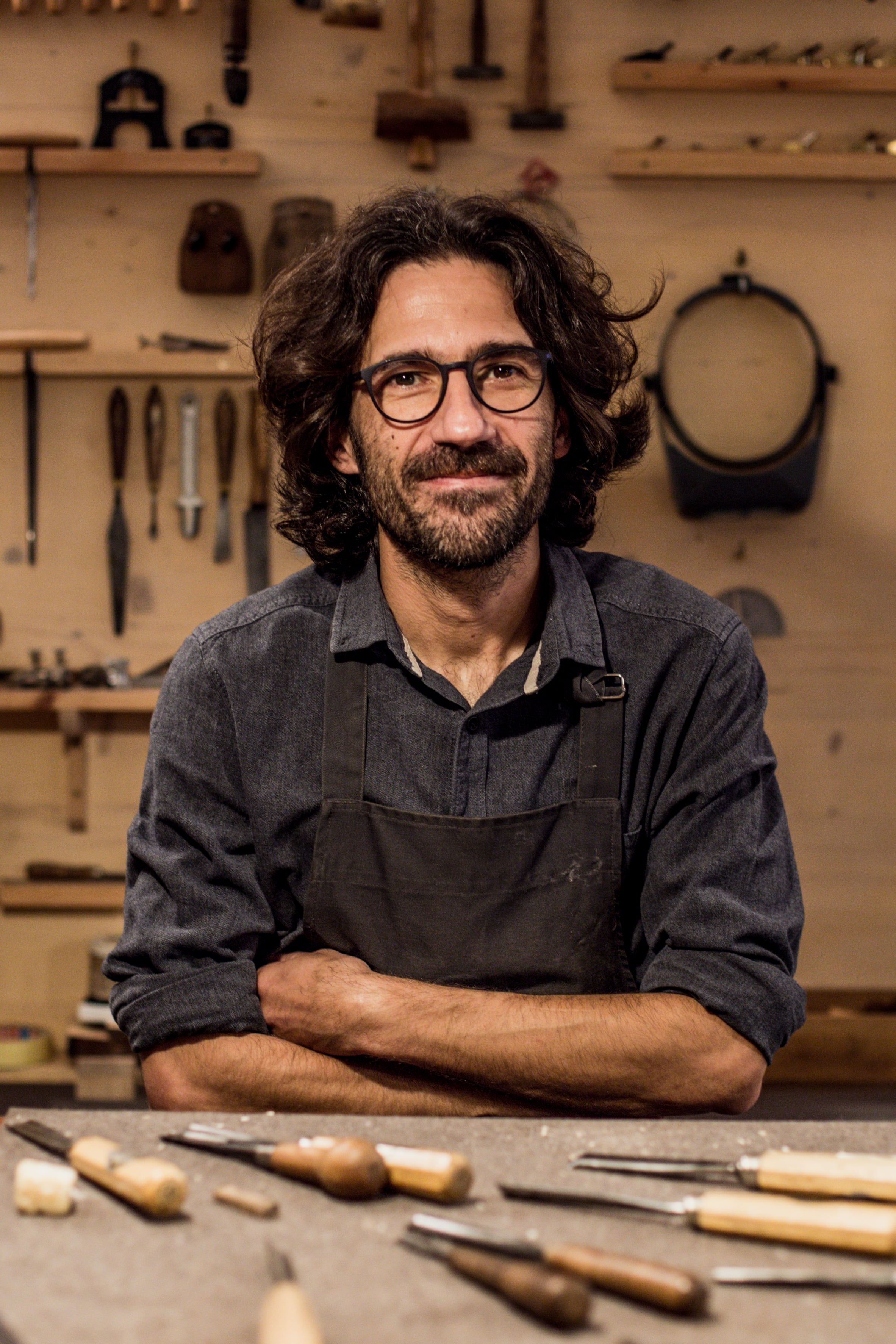 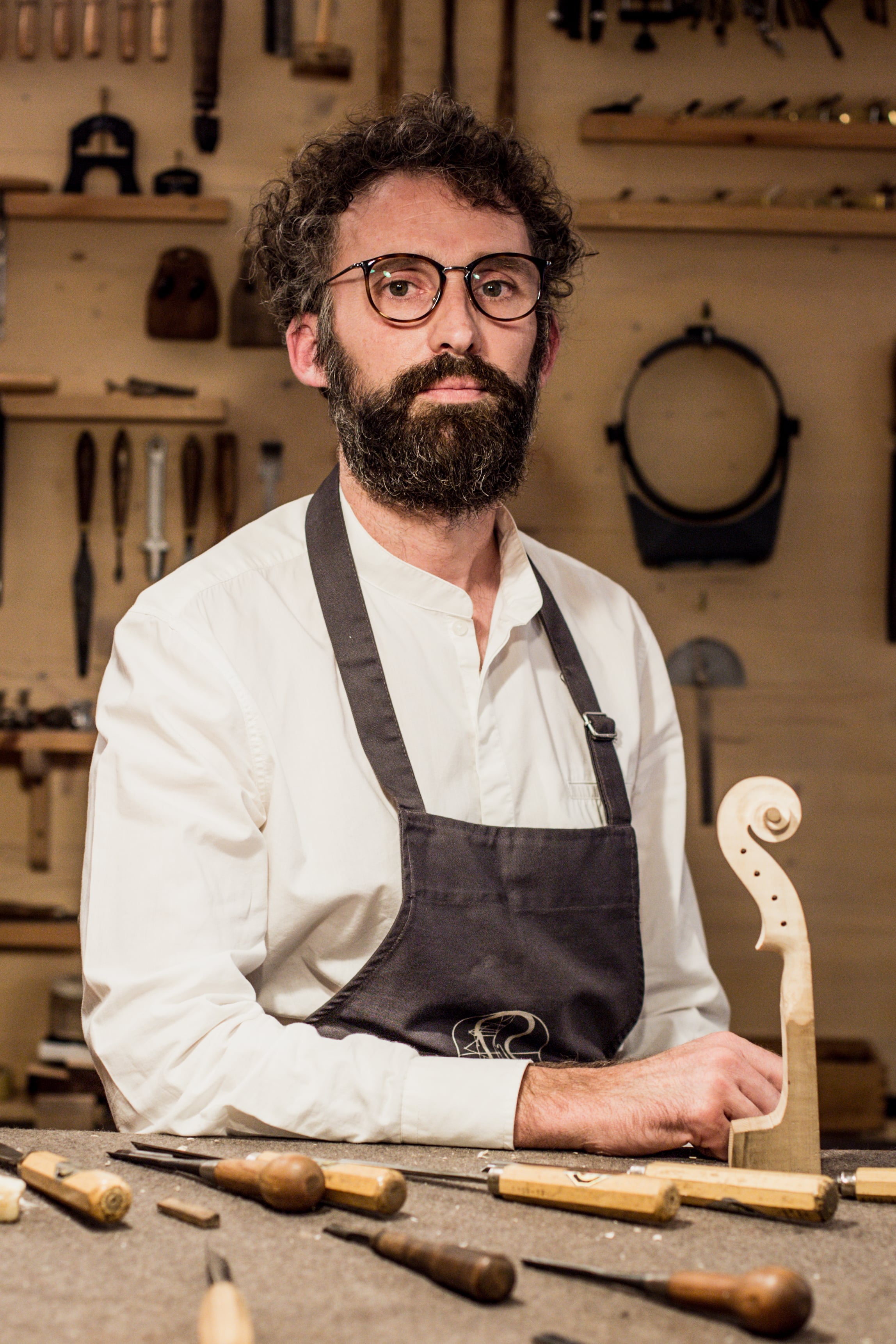 As a child he remembers the smell of wood playing with shavings in the family’s carpentry workshop, always surrounded by the art of marquetery and with his dad’s job as a carpenter in mind. His dad was Marçal’s inspiration then, so after finishing his superior studies in violin and viola, and encouraged by this inspiration, he decided to enter the Scuola di Liuteria di Cremona, where between the years 2003 and 2007 he followed the studies to become a Luthier.

Once he finished his studies, he worked as an apprentice for different luthiers and restorers in Cremona, such as Andrea Castellani or Boris Sverdlik. He continued his training as a freelance professional, this time specialising as a bow maker and working with Master Giovani Lucchi.

After 9 years living in Italy, in 2010 he decided to come back to Catalonia and began working at Roca Luthiers, where he manufactures and restores violins, violas, and cellos.