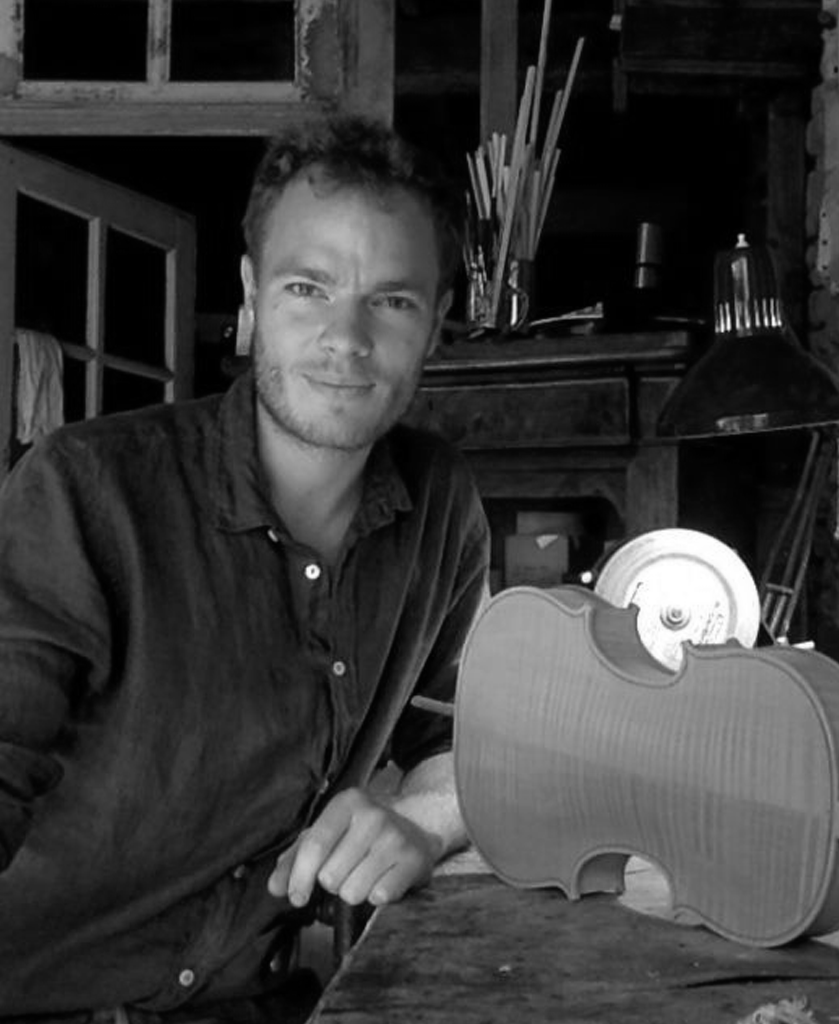 Passionate about music, Benoit Bonten started in the world of violin making in Argentina during an exchange student program in the year 2001, in Buenos Aires. He spent most of his time there in the workshop of guitar luthier Omar Nigrelli, where he learnt about restoration and the making of an instrument. He built his first guitar in Nigrelli’s workshop.

When we came back, he joined the National School of Lutherie of Mirecourt. Later on, he continued his training in a number of workshops in Brussels, Maastricht and Barcelona.

In 2008, he became Gonzalo Bayolo’s assistant, Luthier in the Santiago de Compostela Quartet.

He currently lives in Aveyron, where he makes violas and cellos for quartet, modern as well as baroque.