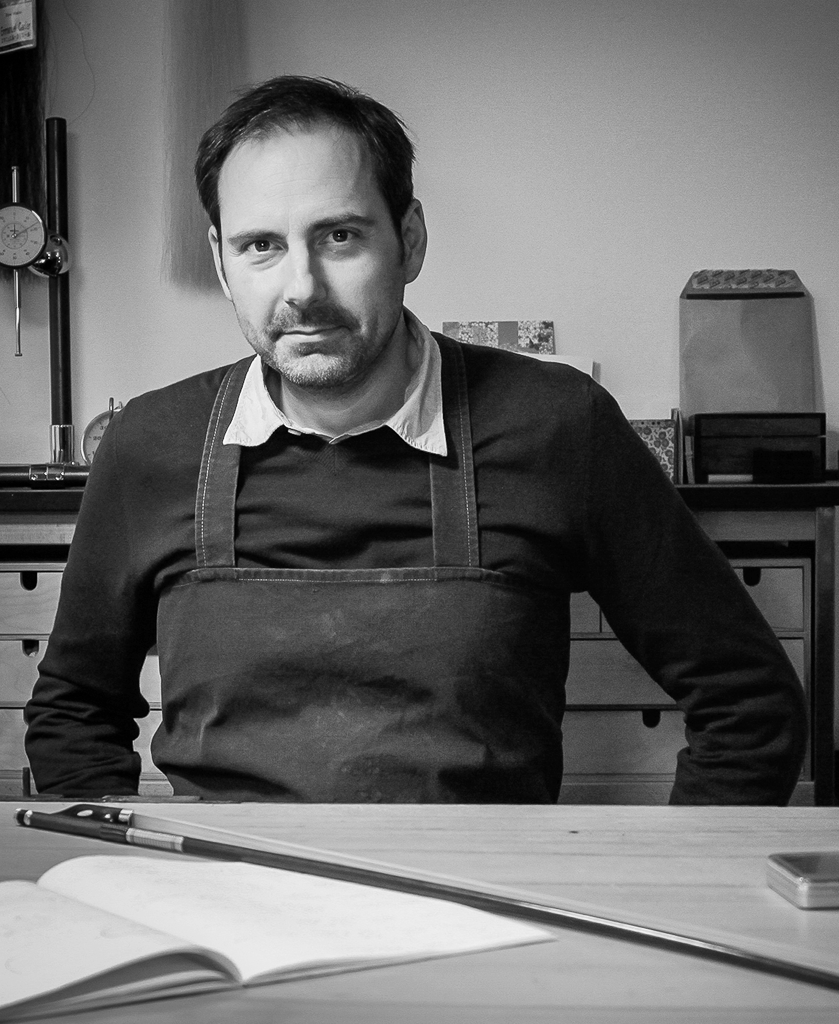 Emmanuel Carlier began his apprenticeship in bow making in 2005, with Gilles Duhaut in Tours, France. Later, he joined the renowned Maison Bernard in Brussels where he became Pierre Guillaume’s assistant, developing his taste for antique bows.

In 2010, he moved to Paris and focused on his own bows. That same year he took part in the International Violin and Bow Competition of Mittenwald, Germany, where he obtained a gold medal for a viola bow; and a silver medal for a cello bow. In 2011, he received a grant from the Marcel Vatelot Foundation to help him finance his studies.

In 2012, he enrolled in the Violin Society of America Competition and he won three gold medals (violin, cello and double bass). Since then, his work has been featured in a number of Parisian festivals, such as the Violoncelle en Seine and the Viola’s, where bow making competitions are held. He was awarded the title of seven “Coup de Coeur” by the jury of musicians and bow makers.

In 2013/2014, he did a residence in Villa Medici in Roma and that same year he continued his research along with residents and composers. After this enriching experience, he returned to Paris and he then opened a new studio where he welcomed musicians to try his bows.