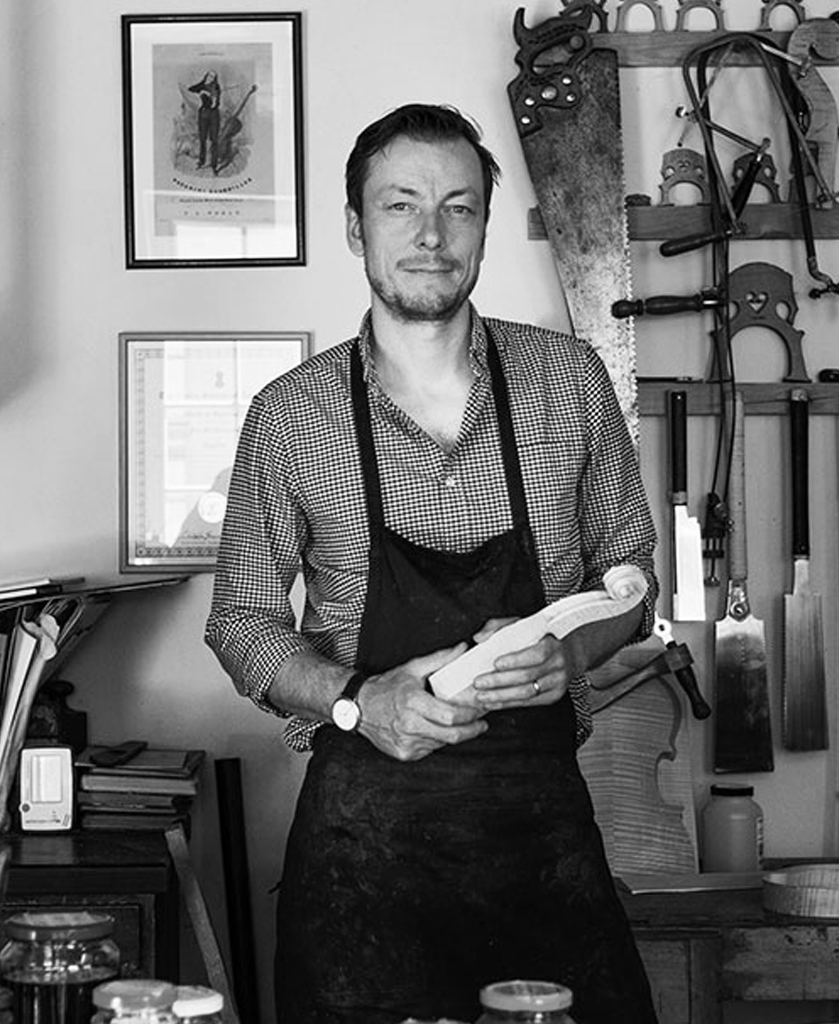 Ian Mcwilliams is Canadian and he lives 80 km west of Berlin, in the historical city of Brandenburg an der Havel.

Mcwilliams finished his studies in Vancouver and moved to England in 2002 on a path of learning and study. The first step was three years of studying in the West Dean College, south east of England, in the stringed instrument making program. After finishing with honourable distinction, he spent three years working in London for J.P. Guivier, specializing in bows.

He left London and moved to Montpellier, France, to work with Frédéric Chaudière in his search for bringing to perfection the art of modern instrument making.

McWilliams had good reasons to leave France and then move to Berlin to later on establish his workshop in the beautiful city of Brandenburg en der Havel. To Ian, Brandenburg is a rare gem full of history and music on every corner. The perfect place to work and bring to perfection the art of violin making. He currently makes instruments that sell in Paris, New York, London, Shanghai and Barcelona.